Stumbled across this blog post, talking about the first 24 hours of each app outlet. 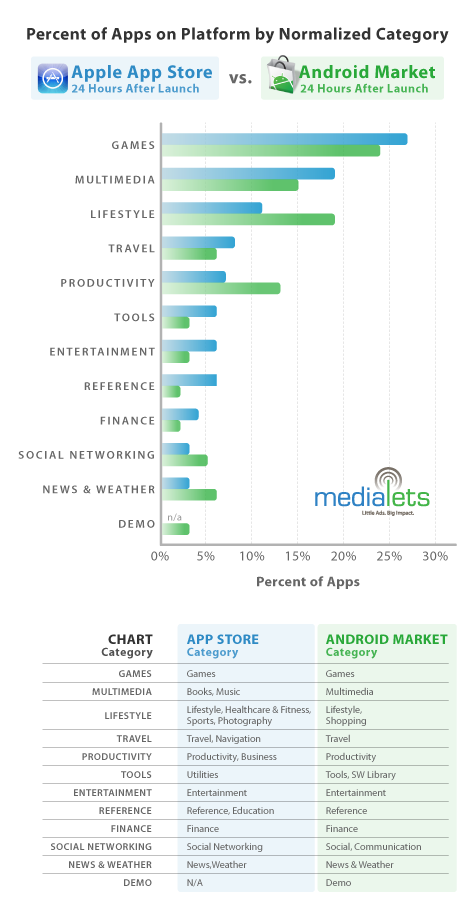 I found this chart particularly interesting.

mainly the places where there’s a large difference; lifestyle for example.

I’m not sure exactly what falls into that category (there’s a small break down below), but apparently the android crowd is much more interested in apps about it, than us iPhone folk.

Other standouts are Productivity, social networking, news and weather.

What’s really weird is that it seems I’m in the wrong click. I have exactly 1 game on my iPhone. Peg Jump, it’s easier than carrying a wooden triangle and baggy of golf tees in my laptop bag.

I know Apple is really pushing the iTouch as a game device more than an iPod, and I guess it’s working.

I can’t wait to actually see more Android phones and apps. Of note, the Android Marketplace launched with about 10% of what Apples App Store launched with, and all were free since paid apps don’t roll out until Q1 some time.