Tom and I kinda talked about this here. But now that InsideMobile is over, and Palm and/or the Pre won’t be around when the next InsideMobile comes around, I’m going to open up the doors, and call Palm out. 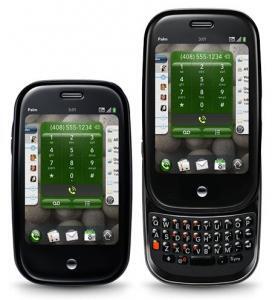 Palm has doomed themselves. They came so close, they had success in their reach, and I’m calling it now, Palm won’t Palm in a year. The Pre won’t be around, WebOS might, just might, but I’m not holding my breath.

This tale spans the last few months, starting just before the Pre was announced.

So let’s look at the announcement. The weekend before Apple’s WWDC conference. No doubt in an attempt to steal some eyeballs from Apple. FAIL.

Ok so the SDK is a ways away, there’s only 13 apps on the app store, the Pre isn’t flying off the shelves, GIVE THEM AWAY. You had a party at WWDC, it was semi invite only. About 50 people showed up, 50 people interested enough in the Pre to not be at any of the other parties. Give them all a Pre! Send them home as evangelists, and hackers.

So we’ll skip forward a little bit now to InsideMobile. Don’t worry in that time, all that’s happened is the App store or whatever Palm calls it made it to like 100 apps or something. We started talking to Palm (same Developer Relations guy) fairly early, about making the Pre the centerpiece of the conference, with hands on training the Sunday before. We invited them to keynote on the evolution of the smartphone from the Palm perspective.

Well the SDK (despite being leaked) wasn’t out of private beta. the first plan was to make us cap the sign up a week and a half before the conference in order to pass on the list to Palm, for approval in the beta program. Then there was talk about opening the SDK to the public.. and more talk, and some more, and finally I think 5 days before the conference (counting weekends, LOL) the SDK was public.

We asked if we could get some Palm support, maybe the Developer Relations guy (local to the conference) could come out, maybe sponsor some lunch for the Sunday training, maybe just special Pre’s with DVI output for use with projectors.

We got, Nada. Not a thing. Well we did get lets of  hemming and hawing, and finally a “sorry we can’t, not interested, pass”

InsideMobile was the first ever, in the world, hands on Palm Pre, Mojo SDK training. We had about 60 people come for it. Was Palm there to see how many people were interested in spending a Sunday learning Mojo SDK, nope?

So that long and drawn out story, is the crux of why Palm is likely to not be around next year. The Pre certainly won’t be. You can’t dick developers around and show them no love, and expect them to flock to your platform. You can’t air creepy ass commercials and sponsor Burn Notice, and hope that makes your device compelling.

You can’t follow Apple’s lead and hope somehow it works for you. Palm should have looked back over the iPhone’s life, at every complaint, and shortcoming, and the Pre should have delivered every single one right out of the gate. Did they? No.

I’m putting it down for all the internet to see, The Pre, and likely Palm aren’t long for this world… I’ll add one caveat. Either get a new Developer Relations guy, or take the lame chains off, and let him do what he wants, how he wants, to get people interested in the Pre, and do it NOW. I know I might as well have said, if Vulcans land and show us Warp drive.

Want to see me live and in-person? I'm very personable and some say … END_OF_DOCUMENT_TOKEN_TO_BE_REPLACED