This is awesome news for eReader users and publishers! It’s one less format to support/worry 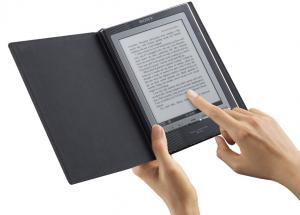 about, and frankly it was one we hadn’t even started to look at. for 360|Whisperings, but probly should, at least until this move is complete.

Over on the MobileRead forums, they’ve created a list of compatible ePub readers, great work.

I’m really glad there’s some consolidation shaking out (finally). I’m really shocked it was Sony of all company’s that backed down on proprietary. I mean, it’s Sony, I don’t think they’ve ever released hardware that didn’t have an accompanying proprietary memory stick, or file format. ATRAC anyone?

This is big. ePub is a great format, i’ve not complaints about it. I’d love to see Amazon put their pipe down long enough to see the forest for the trees. The Kindle is (sadly because I own one) approaching flash in the pan status. Amazon’s own practices are going to marginalize it as a device.

I’m getting more and more worried about the Kindle as time goes on. Not only is Amazon, not making it better, but they’re making it worse. I was just looking at the nominees for best Fantasy Novel, several were “Text to Speach: Not Enabled” WTF!

No new software? The last release seemed to be bug fixes, users are clamoring for features, and being ignored. Amazon isn’t Apple, and unless they realize that they have a device with a lot going against it, and the only success will be an army of happy owners preaching the virtues of the device, they’re gonna fail.

Want to see me live and in person? I'm very personable and some say … END_OF_DOCUMENT_TOKEN_TO_BE_REPLACED