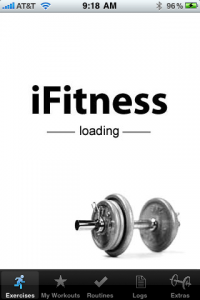 it’s been a while since I talked about an app I really like on my iPhone, so why not.

Since I’m on a bit of an increased fitness kick since I have to fit into my slacks for a wedding, I’m gonna talk about iFitness (iTunes Link).

I use two apps to track my fitness, I wish it was only 1, but alas, so far neither of the two does it all.

iFitness rocks for it’s work outs. It has a ton of 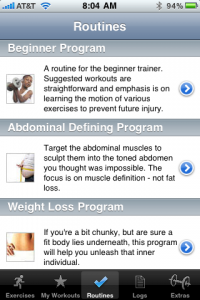 activities stored,with pictures and even some video demos. It’s also got some prebuilt work outs, and the ability to create your own custom work out.

My biggest problem in using any of the fitness apps, was that I didn’t want to put my iPhone in jeopardy around free weights and machines. Enter my iPod touch and a Griffin arm band.

I’m still experimenting with the fit and such but so far wearing the iTouch on my for arm so I can easilly see the screen seems to work well for recording reps, and such. 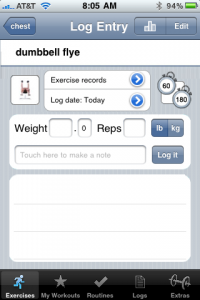 The UI is a bit confusing I’ll admit. The text fields are a bit small and such, but overall entering reps, and even a quick note doesn’t really detract from the work out. I haven’t tried the timer feature yet, but it’s kinda nice in that you have two options, 60 and 180 seconds.

The picture and videos are pretty handy, especially for the moves I’ve never heard of or don’t quite remember from previous work outs. Of course the video is youtube, so if you’re not connected, you’re SOL, as is the case in my gym, being made entirely of brick. 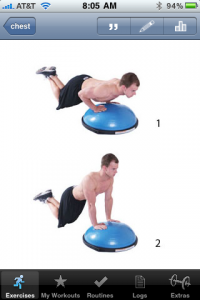 Being able to see the moves is surprisingly helpful if you’re not sure what your form should be.

I haven’t tried the built in routines yet, but I did create my own based on a work out my wife found. Other than having to get creative with some of the moves that her work out had, that weren’t in the app, or were sorta listed, it worked really well. You can order each move so you can just go down the line recording reps.

Overall I really like iFitness, there’s a few things I’d improve (listed in the Cons) but for what it is, it does a good job. 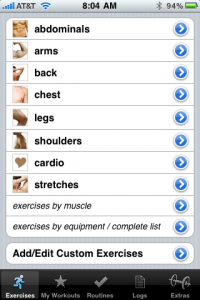 Want to see me live and in person? I'm very personable and some say … END_OF_DOCUMENT_TOKEN_TO_BE_REPLACED