You are here: Home / I am a Consumer / iApp Review Simon the Sorcerer 2

The makers of Simon the Sorcerer 2 asked me to give the game a shot. I did. 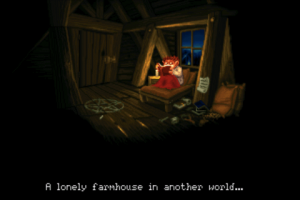 I’m not a big Role player, so probly not the best person for this game. I did enjoy it a bit, but as a ‘casual gamer’ it wouldn’t be for me. 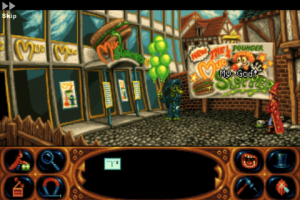 Story: Very interesting. The british accents are hilarious, the dialogue, just about worth the game on it’s own. It truly is hilarious!

Game play: Tricky. I’ve played the game several times, for varying lengths of time, and (I’ll admit I didn’t read the directions) have no idea what half the icons mean. A box? Simon pushing a box? a hammer? 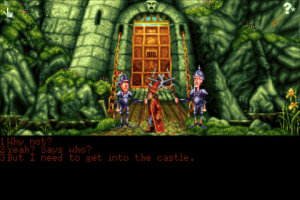 The only tough part of interacting with people in the game, is the dialogue selection. It’s as if the game was ported from something that that a d-pad or number pad or something. the font is so small you kinda have to slide your finger to see the faint highlighting take place so you can select. It took me a long time to figure this out, because simply tapping, the hit space doesn’t seem to be exactly where your finger is. 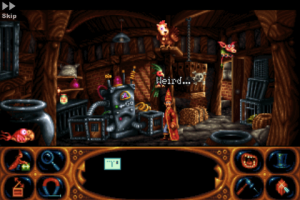 The graphics are great. Not photo realistic or anything, but great to look at. The entire environment is pretty interactive; things are  happening, moving, etc.

So, overall, Simon the Sorcerer 2 is a entertaining game, but the game place isn’t really iPhone friendly in it’s current state. It’s fun, but not quite there.

Want to see me live and in person? I'm very personable and some say … END_OF_DOCUMENT_TOKEN_TO_BE_REPLACED