You are here: Home / I am a Consumer / Boxee it’s quite nice!

So one of the things Tom’s departing the company has done is made my house the complete 360|Conferences gear depot. 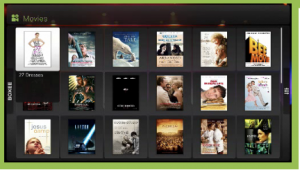 I figured, why have perfectly good Mac Mini’s sitting around, when, like the PS3 I can use them around the home/office until event time.

To that end, we now have a nice little Boxee entertainment center. I’ve actually been an admirer from afar of the whole Mini as home theatre set up, since about the day the Mini was released. It just seems like the perfect box for that.

However, while I had fun in my youth as a hacker and building things, tearing them down, etc, I just don’t get into it now, I didn’t want an Open Source DVR that required Linux, and a keyboard, etc.

Boxee is a nice, pretty darn consumer friendly package, that works with the Apple remote, but even better, there’s an iPhone app. I wish the app was a bit more secure, if my neighbors get a boxee set up, or even get the free app, I can see problems arising.

in the meantime, it’s been nice to catch up on shows on Hulu (when it doesn’t freeze mid show), and stream some Netflix movies. I looked at Plex, but the Boxee interface was more friendly. To that end, Nicole has already used Boxee, liked it, and managed to navigate to watch things, without me in the room, that’s a huge win for Boxee.

I hope the Hulu issue ends up being resolved, and Hulu doesn’t screw things up. I’d pay for hulu, but only if I don’t need a separate app. Boxee is nice, it’s all in one.

Want to see me live and in person? I'm very personable and some say … END_OF_DOCUMENT_TOKEN_TO_BE_REPLACED