The TSA – Killer of Air Travel

So I was reading about the Nigerian dude that tried to blow up that plane… A few things came to mind about the TSA and the current state of air travel. You can see one post on the subject here. Are we safer now than in pre TSA days? Bombers seem to be getting on planes still, and people are constantly talking about “Oh snap, I’ve been carrying this knife thru airports for years, totally forgot”

Wil Wheaton said it best “It’s only a matter of time before the TSA decides that passengers simply will not be permitted to board airplanes. You know, for safety.”

What strikes me the most is that since 9/11 the TSA has put us (You know, the American People, voters, etc) through all sorts of shit. Making us miss our flights, being rude to us in line, destroying personal property, and more all without any recourse on our part. How many complaint boxes have you ever seen? I’ve only ever seen one in New Orleans. Ever tried to complain on site and been told “Talk to the TSA it’s not our fault.” Which TSA? The guy behind the x-ray machine, the three patting people down? There’s no clear “I’m in charge complain to me” person anywhere. I’m sure trying to find said person would result in:

1. you missing your flight.

3. (and almost guaranteed) you not getting an answer or speaking to anyone who can give you an answer. :(

The TSA is making air travel a miserable experience, and in the end, not stopping the guy with explosives in his underpants.

As a fairly frequent air traveler (about 20k miles a year) I don’t feel any safer about air travel now, than I did on 9/10. It seems most terrorist attempts since 9/11 have been thwarted by other travelers. 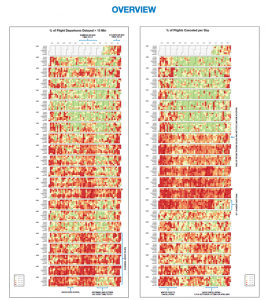 I’d feel more safe if I knew there was an Air Marshal, on every flight. Since there are so many fewer flights (Remember when missing a flight was ok, because there was another in an hour or so. Sidenote: Data to the right shows fewer delays post 9/11. Think that’s efficiency, or just fewer flights?) than the pre 9/11 days, it shouldn’t be a budget buster to have Air Marshals, if we ditch some of the extraneous costs we’ve added to the pre flight portion of travel.

Of course in light of the recent incidents, the TSA is knee jerking and banning things that (as far as I can tell) have yet to ever actually be used in terrorist attempts. I’ve heard no reports of laptops, iPod, PSPs, etc being in any way used by terrorists. Box cutters, yes. ACME shoe bombs, yes. underwear bombs, sadly yes.

There’s plenty of reading on the subject,

TSA Directive begs serious questions (I completely agree with the questions by the way. Especially “How far will the TSA go?” If you say as far as it has to to protect us. News flash it was a passenger who stopped underwear bomb guy, and if I recall, the same for ACME shoe bomb idiot. We’re protecting ourselves better than the TSA is)

Next time you fly prepare to be patted down

For the next 360|Flex in San Jose, I’m planning (unless things change) in looking at Amtrak. It’s (Another blog post) more expensive, by almost 100%, but at this point I’m feeling like as a consumer my only recourse is to punish (stronger term than I’d prefer) the airlines, since I can’t punish or even speak to the TSA. Hopefully more people will follow suit and the airlines will put pressure on the TSA/administration because they’re the ones suffering the TSA’s ridiculous policies (except United who reaps $5 per traveler the TSA screws over)