You are here: Home / I am a Consumer / AppleTV vs. GoogleTV… Fight!

I’d kill a kitten, maybe 2 for a device that is a goto media center device. What would that be?

Well it’d have access to hulu, Netflix, my local music and video files (On a Drobo over SMB), be able to rent content from somewhere (I don’t care whether it’s iTunes, Amazon, etc since I do this maybe 2x a year)

That’s it, nothing crazy really. Yet the two main(stream) players…. have’t gotten it. 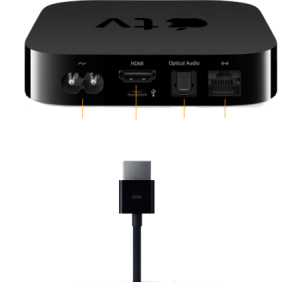 I totally skipped the first gen AppleTV. it wasn’t that interesting, even with the hacks. Then came the 2nd gen AppleTV. It was still VERY far from great but more promising.

1. it was iOS, meaning it’d likely get apps like hulu and Netflix, and ABC.. It still hasn’t, but I haven’t given up hope, there’s no real reason I can see why the device would ship with iOS if not to eventually let thru a few media apps.

2. it was iOS, meaning it’d be jailbroken sooner or later. Turns out it took a while, but see below.

3. it was able to home share. Home Sharing is ok, but when we get home from somewhere and want to watch something that I er.. “got online” i’d have to fire up the MacBook, load iTunes, etc then reach out thru AppleTV for it. So it’s an ok solution, but not great.

4. Airplay. This I think will be a crown jewel for Apple and the AppleTV. Admittedly it’s a bit weak right now, but current beta’s reveal the promise. The ability to send any video content on my iPhone or iPad to the AppleTV, awesome. Consider being at a friend’s house, talking about a funny youtube clip or a movie your friend hasn’t seen. If you’ve got it on an iDevice and he’s got an AppleTV, problem solved. No fussing, no transferring of files, etc. AND the iDevice can keep working while the movie is served in the background! I can’t wait to see what Developers do with it!

THEN it got jailbroken. :)

Right now the jailbreak is rudimentary at best, there’s no Cydia, etc. It’s a tethered Jailbreak, so no more “Let me just restart it”, and all the fun is through SSH. However the other day XBMC was released for the AppleTV/iPad. Running natively on the A4 processor. XBMC allows you to access files over SMB. Now I can fire up my AppleTV reach over to the drobo, and watch Iron Man 2. Well kinda…

The AppleTV is capable of handling (aka loading) a 1080p video, but only outputs 720p video. No biggy but the 1080p files get a bit buffery when playing back, I’m hopeful this is something fixable in firmware (AppleTV) or software (XBMC update). But any 720p or lower rez video file, works like a champ!

The AppleTV has a ton of promise! 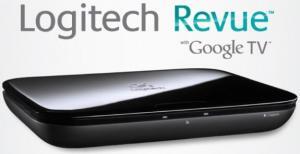 Like most things Google has done lately, GoogleTV is a half baked solution pushed on consumers before it was ready. Sorry Google, the truth hurts. Not everything can be a Gmail.

The Interface is a bit kludgey, tho the keyboard remote control is nice when setting things up, but then a bit over the top when you just want to fire it up and watch something… oh wait there’s not much to watch…

The HDMI network control, is absolutely BAD ASS! I was talking to a friend, and described it as “Apple Level Magic” I mean, why the heck not have the device turn on the receiver and TV, WITHOUT IR blasters? Well I know why Apple won’t do it, because in exchange for a dead simple and easy experience, you give up a slightly annoying model number hunt during setup, that in theory is a one time thing, it’s a trade off I’d rather not make, because it’s such an awesome and Apple-like feature. Advantage GoogleTV

So back to there being nothing to watch. When I sit down at night and fire up my TV, it’s not to watch youtube. Which is about all there is to watch on GoogleTV. Well you can load up video podcasts, but again, that’s not why I’m in front of my Plasma TV with surround sound. Google has managed to completely piss off every network, so that  there’s NOTHING on GoogleTV. Sure there’s Netflix, but really, EVERYTHING is a Netflix box. My Wii, my PS3, my AppleTV, etc. I don’t need another NetFlix player.

Oh yeah and the promise of connecting to your DVR so you can watch your recorded shows… Only if you’re a dish network subscriber. Google has clearly decided that while they might preach “open” they have no problem making partnerships that effectively close up their platforms. Since I won’t use Dish Network, I’m without the cool DVR functionality, because I don’t use Google’s exclusive partner.

GoogleTV has a lot of promise, the app Market (same as AppleTV, it NEEDS apps) will be a big win, I hope (In vain I’m sure) that google just doesn’t open the flood gates and the market is wide open. Please limit the apps to media apps. I don’t want Angry birds! More than the Market, Google needs to make nice with the TV networks. Figure out how to run their ads, or something, shoot, pay them off for a while until you prove your value to them, something. GoogleTV is a fun toy for many right now, but the appeal of a youtube only set top box will wear off FAST.

So current winner: No one, certainly not me! My set up includes a Mac Mini that runs Hulu Desktop, the AppleTV for Netflix, and XBMC, and the GoogleTV for well, nothing right now but it’s plugged in in case a ray of hope comes down the internet for it.

Current Loser: The Networks. Why? Well I might expand in another post, but let’s just leave it at, since they won’t let me watch what I want (including ads) via Hulu, I get ad free content elsewhere. Networks, I’m offering you my attention, and have offered you my money, take your head out of your ass before it’s too late!

Want to see me live and in-person? I'm very personable and some say … END_OF_DOCUMENT_TOKEN_TO_BE_REPLACED