You are here: Home / Business / Thoughts on Kickstarter 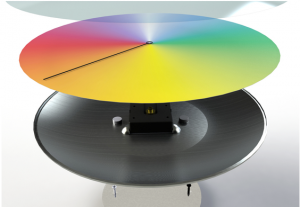 I saw this post about Gizmodo being done with kickstarter. They mentioned another post by Ryan Tate, saying the same thing.

Their reasons for not being fans of kickstarter are their own, and while I agree Kickstarter needs some overhauling, I’m not opposed to it in general, in fact I’ve backed 3 things.

I do think they should take a little oversight, and implement some rules. I don’t normally like rules for the sake of rules, but a good case in point is a project I backed called “The Present”. I backed it in late 2011. It funded the next month. The planned ship date was “beginning of 2012” well even loosely, that would be what? First quarter? I backed it because the intro movie was incredibly inspirational to me. I backed it because at the time, time was on my mind.

16 updates since funding, no new ship date is known, and the creator (I’m sure a great guy) seems to be traveling the globe, making (admittedly) very cool videos to share with backers on his thoughts on all manner of things. He also mixes in moaning about not finding the right mediums for the product, not being able to have it made in the US. He’s basically started from scratch after funding. It might have been mentioned, but I don’t recall US manufacturing being a factor in the initial “please back me” phase. If it was, perhaps he should have worked out arrangements ahead of time to ensure it was possible. I’ve no idea what it will be made of, the initial information was metal and glass. Two things I like a lot. Then he was talking about wood, no glass, and now I don’t recall what he’s thinking of using. Definitely not the experience Kickstarter wants. At least I assume they don’t want this type of experience.

Obviously things happen, but I think it’s fair if Kickstarter had some rules in place  to make sure the people getting backed had the ability to deliver. Whether that’s more escrowing of money or something else I don’t know. But had I know the thing I bought (I actually bought two. one was to be a gift) wasn’t gonna make it’s ship date, and then wouldn’t have a ship date, I wouldn’t have backed it. He’s got my money, in fact he’s had it for 5 months now. The thing I eventually get, may not even look anything like the thing I backed. That’s pretty crappy.

Of course other projects rock, they fund, they create, the ship. More importantly when they update the backers, they actually give new information. I love my Lunatik iWatch, and I’m anxious to get my LunaTik stylus thing next month.

Want to see me live and in-person? I'm very personable and some say … END_OF_DOCUMENT_TOKEN_TO_BE_REPLACED