You are here: Home / I am a Consumer / Carplay Thoughts, Siri

So Siri in the car is actually my biggest use case, for Siri. Ever since the launch of “Hey Siri” I’ve been an avid user when driving.

I enjoyed it prior to Carplay. I just had to shout a little to be heard over the radio, which wasn’t bad, she was surprisingly good at identifying my voice.

One of my gripes with after market tech in cars is that you end up duplicating so much. Case in point my car has a nice microphone in the roof, by the sun roof controls. Because Audi is Audi, the installer couldn’t tap into that microphone, so i have a cute little boom mic, poking out the bottom of my instrument cluster. It’s not terrible but it’s not very clean looking, which is almost always my biggest complaint with non OEM kit. Thankfully it’s dark, small and only the driver really sees it, but still. 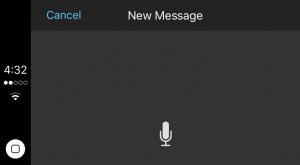 I’m sure the goal was to keep me from crashing but the messages app in CarPlay, even with Siri’s help, the messages app frankly sucks. For one, you can’t see messages. Maybe I’ve pulled over, maybe I’m at a light, too bad. You can see a list of most recents by name, but you can’t just quickly read a message. 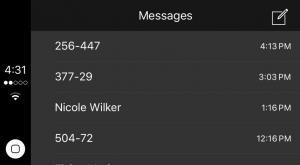 The moment you go into Messages, you’re interacting with the car, voice only. It’s futuristic (i guess) but slow and janky, and not at all enjoyable.

Siri does a reasonable job here. I’ve had 90% or so success telling Siri where I’d like to go and she finds it. Which is honestly more than I’d hope to get, so I’m happy. It’s not perfect, and when it’s not it’s frustrating, it’s nice to use.

My two big gripes are:

Want to see me live and in-person? I'm very personable and some say … END_OF_DOCUMENT_TOKEN_TO_BE_REPLACED