You are here: Home / reviews / HomeKit with an Ecobee3 Thermostat

I’ve had a Nest

for several years, it was great. It’s still great, but my confidence in Nest as a company is waning, as is my interest in non HomeKit… Kit. As much as I dislike Silo’s I’m very much in the Apple one, so things that can’t talk to my gear just aren’t useful.

I knew I’d eventually have to replace it, HomeKit requires a special chip so there’s no path forward for older tech. I hadn’t put much effort into finding a replacement yet, since HomeKit has been so poorly executed. 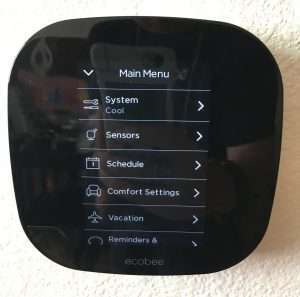 No longer. Well, soon to be ‘no longer’ iOS 10, which goes live in the fall, has vastly improved HomeKit. So… Time to start looking.
I’d had my eye on the ecobee3 Smarter Wi-Fi Thermostat

for a while, it’s very nice to look at, the earlier model had great reviews, and since our thermostat is located in a part of the house we don’t frequent, the additional sensor unit was a great add. My biggest complaint about our Nest was that it was in a place that had very different temperature swings than the floor above it, where the home office is. The AC/Heat would cut out long before we in the office were comfortable.

The additional sensor (You can add several to one unit) allows the EcoBee to know that even if the downstairs is “just right” the office needs a few more minutes. It’s wonderful. 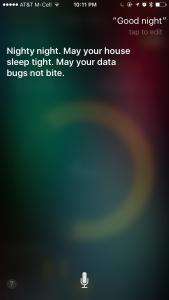 The real killer feature isn’t the clean lines and nice UX of the device. It certainly isn’t the app, which while better than Nest’s has many failings. It’s HomeKit and Siri.

When I go to bed,  I can tell my phone, or my watch, “Good night” and HomeKit takes care of the rest, and I get a cute reply from Siri, as you do.

app is actually pretty nice, especially the iPad version. The one thing I miss from the Nest app (which only went live in the last six months) was multi user. Why anyone making smart home devices defaults to a single user model is beyond me. While I’m sure plenty of single folks are buying smart home kit, I have to assume that number pales in comparison to families and couples, so why make things harder for them?

So for now, my wife is logged into the app on her phone in my account. I’m not sure how that will work long run, since the Ecobee has geofencing, and HomeKit, etc. which are all hung off my 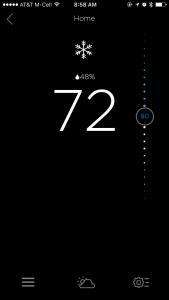 iTunes account. We’ll see. I’d love to be able to tell my Phone “I’m leaving” but if my wife is home it’ll know that and not turn the AC off on her, etc.

Overall the apps are clean and pretty easy to use, you can quickly see the temp, and adjust it.

The iPad app makes for a nice kind of control center for managing the thermostat, as well as the HomeKit setup. 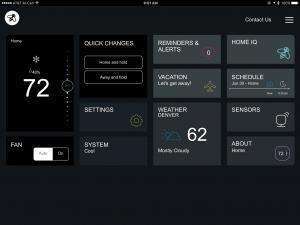 In iOS 10 the HomeKit app (which never existed prior) is still a bit rudimentary, but it’s also the first Developer Preview, so there’s a lot of time and room to improve before it’s live in the wild.

, it’s been a great addition to the house, it looks nicer (to me) than the Nest

, and it’s much easier to check on the house from afar, by simply asking Siri.

Want to see me live and in-person? I'm very personable and some say … END_OF_DOCUMENT_TOKEN_TO_BE_REPLACED