Recording conference sessions is one of those things that everyone seems to have their own way of doing it. 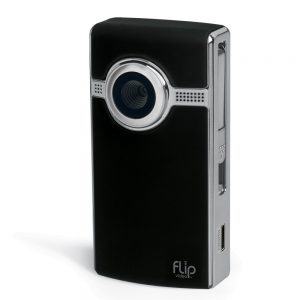 When we started, we had Flipcams on tripods in the middle of the room. Better than nothing, but only just. Under the best circumstances they captured grainy video and average audio. Under the worst they captured the person sitting next to the camera.

It wasn’t great, it wasn’t even good, but it was what we had on a budget, and for those who didn’t come to the conference is was better than not having anything.

Then we moved up to quicktime. It’s on 99.8% of our presenters laptops (Macs FTW) and does a great job of recording a screen. The Mac built in mic does a pretty darn good job of picking up the speaker too. The speaker is amplified and right in front (usually) of the machine. It was actually a pretty good solution, mostly.

We found that about 80% of the time quicktime screen captures worked really well. Then we encountered the random “record a green screen” issue, then the “my mic broke and I don’t use it so never got it fixed” speaker. Then we came across the “Quicktime is a beast and bogs my machine down too much” speakers. Quickly quicktime became a non winning option.

One of the reasons we started with a super janky, then a less janky option, was budget. Conferences aren’t huge money makers for indie event organizers, so it wasn’t until recently I had the resources to upgrade our recording rig. Even then it was still a big investment. 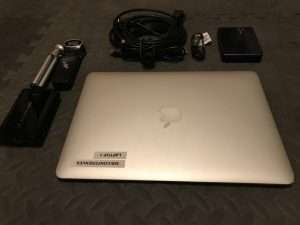 This new set up (a MacBook Air, a Zoom H1, and a Elgato Game Capture HD

) runs about $1500 for each room to be recorded (That’s with buying a refurb, 3 year old MacBook Air). We have four rooms to record at 360|iDev, so that’s not a small investment. Thanks to my friend Curtis Herbert for the tip on this set up. We were talking about ways to do it and he mentioned how he does it for his CocoaLove conference.

This year at 360|iDev was the first true test run of this set up at scale. It went mostly awesome. We had a few issues; settings on the hardware that were borked, a default on the mic that wasn’t compatible with the Elgato, etc. All in all we ended up with about as many sessions recorded as we did the previous year, so not too bad for an entirely new process.

As an organizer you gotta pick and choose where your limited budget goes. Professional session recording (last time I did it), runs a few grand per room per day, just not in the cards for a low margin indie event. As it is this recording setup is the largest single capital investment 360|Conferences has ever done in a single year.

I’m really excited for next year and for [360|iDev min] in October. I think our session recordings from now on will be quite good and of a quality I can be proud of. If you haven’t watched this year’s recordings, go check ’em out. To be clear, this years recordings are NOT of a quality I’m proud of, I was tempted to not release any, but figured for those that missed the conference and wanted to see what they missed the weird audio issues wouldn’t be a deal breaker. Plus the videos are free, so there’s that.

Want to see me live and in-person? I'm very personable and some say … END_OF_DOCUMENT_TOKEN_TO_BE_REPLACED