I demoted my Apple Watch

I’ve been debating whether to continue using the Apple Watch for a while now. AppleWatch has definitely gotten better since launch, but still hasn’t found a killer app/feature. Activity tracking is the thing that has kept it on my wrist. I had a Fitbit for years, and loved the data collection around my daily activities and health, Apple upped that game. 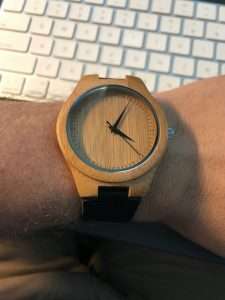 The final straw as it were, was my 40th birthday, my wife got me a nice wooden bodied watch. I wanted to wear it. So I made the decision to move my Apple Watch to my right wrist, and switch to an activity specific face.

I’ve dialed down the notifications on the watch so it’s just stuff I really really want to know about. I’ve switched to a face that shows temp, and activity. 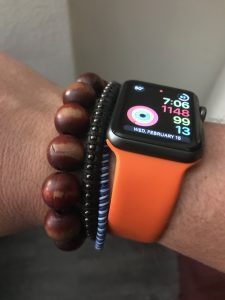 I do miss seeing my calendar entries, but that’s a small price to pay. I’ve already begun rotating through my watch collection again and love it. I need to go to a jeweler and get batteries put in a few. They’ve been neglected too long and their batteries are dead.