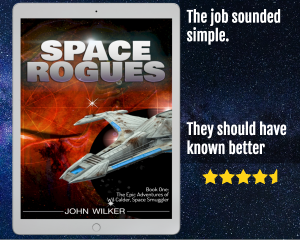 I wish there was a scene involving pie that I could share on PI day, because, holy meta Batman. Alas I don’t so am not.

What I do have is Cynthia re-evaluating certain choices in her life.

Cynthia asks, “Do we know what this end game is?”
Maxim shakes his head, “Only that the ultimate goal is some type of take over of the GC, with Palorians replacing the Tarsi as top of the galactic food chain.”
Cynthia’s tail straightens, “That can’t be good.”
“I have an arch nemesis.” Wil says, having not stopped paying attention to the conversation a few minutes ago.
Bon looks at Cynthia, “Is he serious?”
She wrinkles her cat-like nose, “Sadly, yes.” She turns to Wil, “He’s dangerous, this isn’t funny.”
“Babe, arch nemesis.” Wil says as if nothing else needs saying.
She shrugs and turns to Zephyr, “You’ve known him longer—-”
“Don’t look at me, you’re the one bedding down with him, who knows what’s going on in that human brain of his.”
“I sometimes make bad choices.” Cynthia replies, deadpan. Zephyr nods, smiling.

I find myself sometimes forgetting that while Wil is a mix of a bunch of Scifi leading men, he’s also a little me, and that means inappropriate humor at the most inopportune moments.

As I was writing this scene, it just felt like a thing Wil would fixate on. He’s hated Janus since long before “The Harrith Incident.” Knowing Janus feels the same, feels right to him.

I’ve finished round one revisions. Round two starts as soon as Pro Writing Aid stops having UTF issues with my files. Once Round two is done, the manuscript goes off to beta readers and my editor. I CAN NOT WAIT!