A Tale of Two Covers

So, last week I posted the first take on the cover for Space Rogues 5: So This is Earth? (I hadn’t settled on the subtitle yet, but I like this one).

I also sent that cover to my newsletter (You’re on it right? Lots of fun and perks there!)

As folks began chiming in with their thoughts I started tinkering on a cover that’s more thematically similar to the rest of the series. It’s below next to the first pass at a cover. 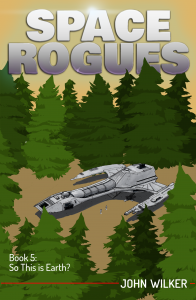 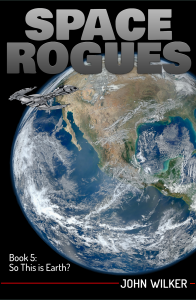 So I’m curious now (I know, I just asked) about which you prefer? I actually feel more drawn to cover two. Like I said, It’s thematically in line with the series (the Ghost in space/over a planet). Verson 1 is neat and gets to show off the Ghost with the cargo ramp down, sitting on her landing gear (plus, who are the two people standing there?). Except the trees feel a little cartoony to me.

I’ve got time to tweak and decide, but figured I’d involve you all in the process :)