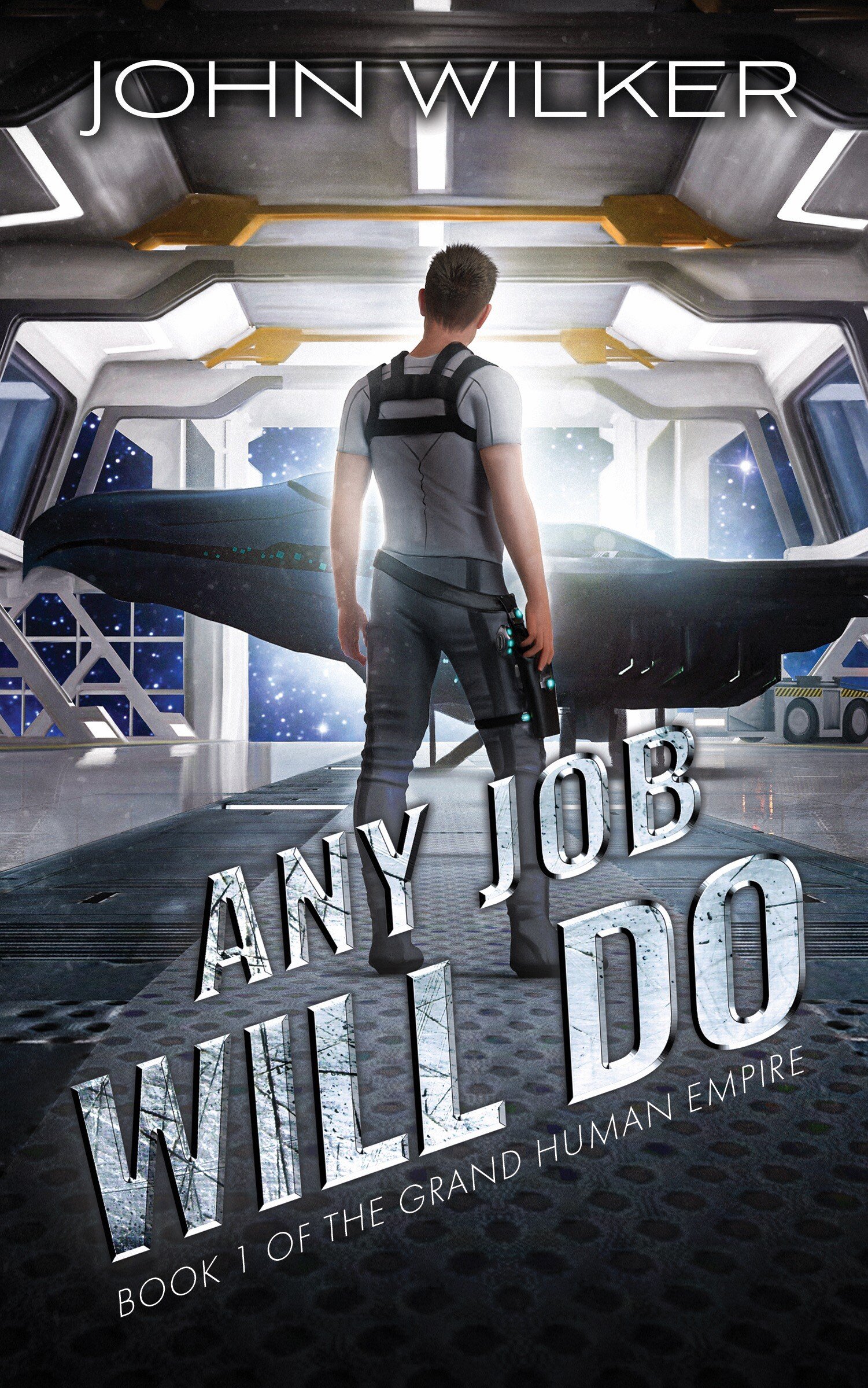 Jackson ”Jax” Caruso inherited a ship from his parents.

They’re dead, they don’t need it.

The unification wars happened a while ago, Jax’s parent’s fought for the losing side. Now he takes the jobs he can get; smuggling, bounty hunting, hauling cargo. If it pays, he’ll do it.

Now he and a few friends are in it deep; Imperial entanglements are the least of their concerns with organized crime on their tails.

Will Jax and his friends finish the job without getting caught, or killed? Only one way to find out!

Get your copy today!

“I wish you’d consult me on these jobs. Carrying contraband will get me impounded,” Skip said from the speaker in the ceiling. The Valerian Coop Infiltrator was hurtling through the compressed space time of a wormhole. The low hum of the wormhole generator down in Engineering vibrated through the ship.

Jackson Caruso, Jax to his friends, was sitting at the pilot station. He looked up. “Oh, come on. It’s not like this is the first job like this that we’ve done. It’s always fine. You worry too much.” He grinned. He consulted his console. The cargo hold two decks below had several containers that were almost certainly full of something highly illegal.

“Easy for you to say. The Empire won’t scrap you and reformat your brain over and over until you’re dead.”

From one of the two stations behind Jax’s pilot station, Rudy, a small, rust-colored navigation droid said, “And turn your body into a toaster or dishwasher.”

“For an SI you’re awfully melodramatic. Have I ever told you that?” He looked over his shoulder to Rudy. “Both of you.” Computer intelligences fell into two categories: sentient intelligence (SI) and rudimentary intelligence (RI). Skip and Rudy were both of the former variety. RIs tended to be nav computers, strategy assistants, and the like. Things that didn’t speak and usually had only a single function. SIs ran households, ships, cities, and such. Or at least they did before the Empire.

Skip was the SI that managed the systems of the Osprey, Jax’s Scout Ship. He got his name from Jax as a toddler. Jax’s parents had just addressed the SI as “ship,” but when Jax was learning to speak, ship came out skip, and it stuck.

From the speakers, there was a static crackle. Then Skip said, “Twenty seconds to normal space.”

From his station, Rudy said, “According to the contract, we’re to meet up with a freighter to offload the cargo.”

“Five, four, three, two,” Skip began counting down. When he hit one, the swirling purple-hued vortex the ship was in flashed, and a pitch-black void opened directly ahead of them. In the span of a heartbeat, the Osprey was back in normal space.

“One contact, fifty thousand kilometers out and closing,” Skip announced.

“Must be our contact,” Rudy said. He disconnected from his station. Jax’s parents had modified it when they bought Rudy. Technically, Skip could do navigation calculations on his own. Rudy, however, had specialized processing cores and could run the calculations faster. Every second had made a difference in the war. His cylindrical body had a single smart material rollerball that he balanced on. Jax always teased him that he looked like an upside-down deodorant stick with arms. He rolled forward to stop next to Jax’s seat. “Ugly.” He raised a thin metal arm, pointing out the transparent forward windows.

Now less than twenty thousand kilometers and closing off their port bow was a freighter at least a dozen times bigger than the Osprey. Where the Valerian Coop Infiltrator was sleek and aerodynamic, the freighter was a massive rectangle with engines. The crew and command module made up a spine that ran from the engines forward. Cargo modules were connected to that spine at hardpoints. Jax couldn't see a single module that didn't look older than him. The freighter had closed the gap to less than a kilometer and was still approaching.

Jax nodded. “No kiddin’.” He looked at his console. A light was blinking. He tapped the communications controls, then looked at one of the monitors mounted above his station. A middle-aged woman appeared. Jax smiled. “Hi there, I’m—”

She held up a hand. “I don’t need to know your name. You have the cargo?”

Jax nodded. “Yup. How do you want to do this?” Under his breath he mumbled, “Rude.”

“Fast. Pull alongside. Drift the cargo over.”

Jax groaned as quietly as he could. “Sounds like a plan.” The screen flickered, then resumed showing a schematic of the Osprey. He looked at the ceiling. “Baxter, we’re drifting the cargo over. You good to take care of that?” He looked out the forward window, the ugly freighter was now just over a hundred meters away.

A groan sounded from the ceiling speakers. “Yeah.”

Want to see me live and in person? I'm very personable and some say … END_OF_DOCUMENT_TOKEN_TO_BE_REPLACED