You are here: Home / Books / Long Days, Short Knights
< Back to grid
NEW 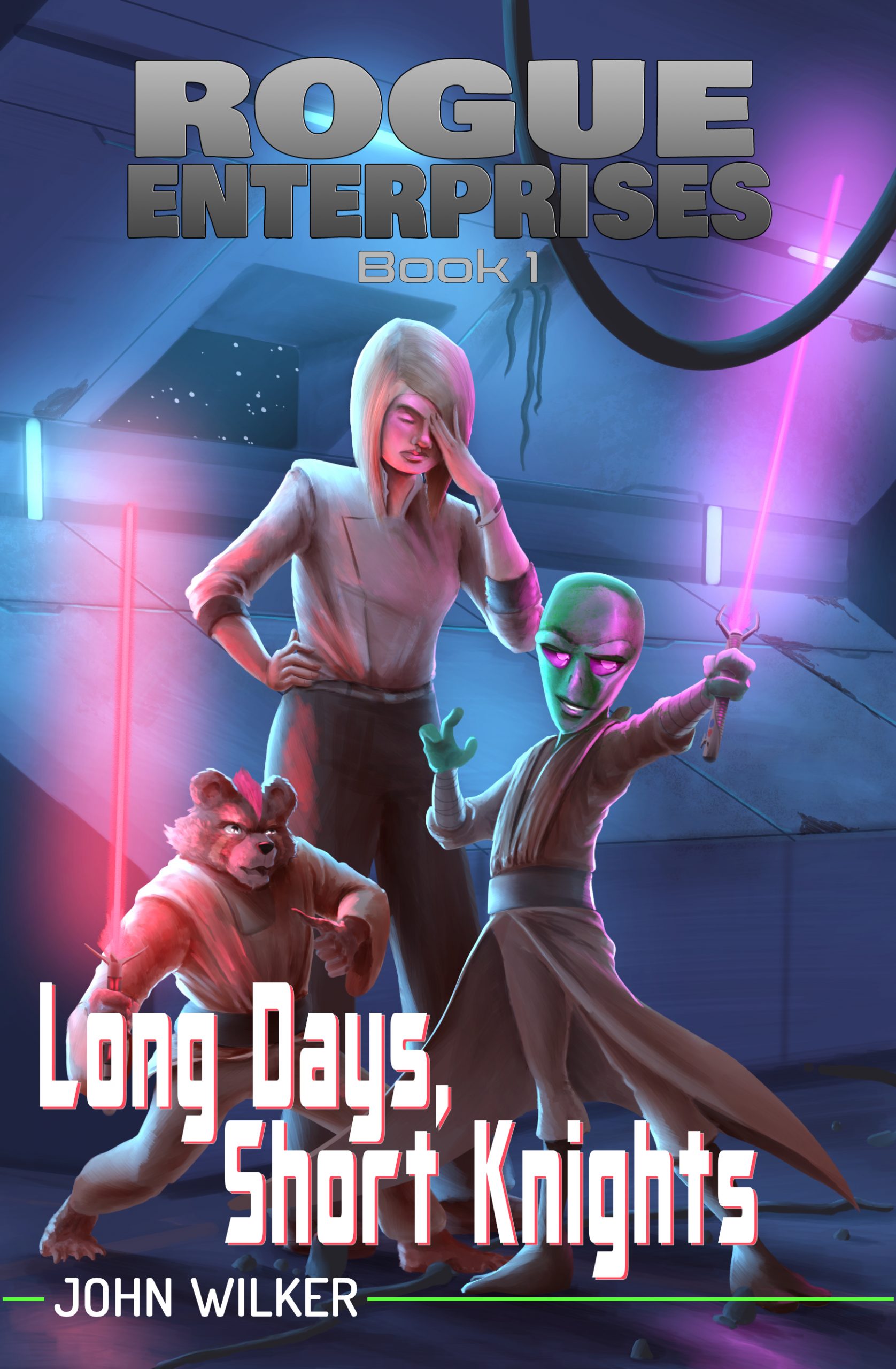 Bennie strikes out on his own, temporarily. Not intentionally, the rest of the team is busy. He does have an apprentice now, so there’s that.

When Bennie took on the mantle of Knight of Plentallus he thought it’d be free food, ribbon cuttings, and cool toys. It is all that, but also, it turns out, a lot more.
Nic, the young Olop girl he met when the team was aboard the Galactic Empress, wants to be a Knight of Plentallus.
It’s not that Bennie doesn’t think she can do it, he just isn’t interested.
Events decide for him when he and his young charge get sucked into the machinations of a political opportunist and one of the more powerful organized crime syndicates on Multon.

Now it’s all about saving an innocent woman, taking down the syndicate, and not calling the team for help.

Can they save the day? Find out.

Want to see me live and in person? I'm very personable and some say … END_OF_DOCUMENT_TOKEN_TO_BE_REPLACED