I’ve had the pleasure to be married to my best friend for 15 years!

We’ve shared adventures around the globe, the loss of friends and family, job changes and home renovations. I can’t wait to see what and where our next adventures lie.

We met, married, and left CA in just over a year. We moved to CO for a job, and it’s the only place we consider home now.

She’s my biggest supporter and cheerleader, often pushing me to reach past my comfort zones to further my writing career.

I love you punkin, you’re my forever lobster.

So my friend Jeffry organized a “guy’s trip” to Disney World. This was my first ever guy’s trip and it set a high bar.

The main goal of the trip was Galaxy’s Edge, or as I call it, “Star Wars Land”

It was a blast. Disney has truly outdone themselves. Everything about Batuu is immersive. Dollars aren’t accepted, you have to pay in Imperial Credits. The denizens all have back stories, the characters don’t stand in one place for photo ops. Storm troopers patrol the small outpost stopping visitors randomly. Rey and Chewie walk around going about their business.

I’m not going into a full review of Galaxy’s Edge, they’re all over the internet, just Duck Duck Go-it. When the idea for this trip formed, I was in. “I don’t care what else we do, where we go, etc. I want a lightsaber.”

The entire process is truly amazing. Before you check in you get a ‘menu’ of the four main lightsaber styles. There are a few file cabinets with the parts in them so you can touch them and get a feel for them. They’re secured in the drawers so you only really get to rub your hands on them, but whatever.

Once you’ve selected you pay, buy your add-ons (you know you need a stand, and a belt clip!) and you’re given a pin that matches your selected design. That’s how the junk collectors know which tray to hand you.

Once you go inside, it’s amazing. You’re walked through the story and the construction process. There’s an amazing ceremony where you ignite your blade for the first time, it’s pretty awesome.

I chose Power and Control, mostly for aesthetic reasons. The Blue Kyber crystal called to me, so I’m a bit of an outlier in that Power and Control is more a sith thing, but whatever, I’ve never been a follower!

One more bit about Galaxy’s Edge, stay until the end of the day! We lucked out and there were extended hours the day we went, and by the end of the day, it was mostly empty. During the day getting near the Falcon is tough, at least without hundreds of people around you. At night, we all took pictures without a soul in the way.

Getting together with friends I haven’t seen in years, and Dave, the brother of a friend, was really awesome. Tom and I hang out at least once a year usually. I haven’t gotten to hang with Jeffry in at least ten years. The bar for future guy’s trips is hella high.

10 years later, she’s still amazing, still my best friend, still the person i want to see when i go to sleep and when i wake up (and the times in-between! LOL)

10 years later and we’ve said good-bye to 4 dogs (Mojo, Scooter, Terrence and Phillip), welcomed 2 new ones (Paco and Winston) into our lives.

10 years later and we’re happy and thriving, living in an awesome city, walking and biking where ever we can.

10 years later and we’re camping when we can and experiencing nature more than we ever did before.

10 years later it’s still the adventure of a lifetime.

I love you Nicole! And can’t wait for the next 10 years!

For those who are quick to judge, it’s NOT because I’m anti education, or anti kids, or anything like that. In fact I’m very pro educated populace. I’ve seen idiocracy and if you haven’t you should. It’s one of those parody movies that hits a little close to home…

To me, Amendment 66 had a huge flaw that made it a ‘no’ vote for me. It took two things that are very separate issues and tried to shove them together. I don’t know why, I don’t know if any thought was given to it, but it took a tax increase to the tune of 950 Mil. That’s almost 1 Billion dollars, and lumped it in with reforms to the way money for schools is handled.

School reform is a big deal and long over due. I’m all for it. In my high school years I was really involved with how my school and district ran. I knew my way around the District Office, the school office etc. I saw the spending. I want our public education system to be completely gutted and started over. I think a District office should be 10 people in an office onsite at a school. I think a building with any marble in it is wrong. I think teachers should be paid like the rock stars they are. I think Bad teachers need to get the boot and tenure be done away with. Show me and the voting public a bill that does that, and I don’t think there’d be a no vote in the house.

All of that can be accomplished without more money. None of those things cost more to implement. I’d have voted a resounding yes on 66 if it had focused solely on reforming schools and education. The transparency and spending rules sounded like great starts. I have no idea why they had to be tied to a tax increase.

I’m also not opposed to spending more on education, what I am opposed to is throwing money at a borked system. To me amendment 66 would have been a home run if it focused on fixing (even in a smaller way to start) the education system. A tax increase would be easier to swallow if it came on the heels of “Look what we’ve been up to. We’ve cut spending here and here. We’ve implanted these rules that puts the money in the classroom.” etc. Instead of the standard refrain of “we just need more. Give us more money. Please, we need more. more more more.”

I really wish (maybe they did and I don’t know) there was a poll of voters who said no, asking “why?” I think the authors of the amendment had great intentions, i know it was a long time coming, but i think the execution was wrong. At least it was for me. 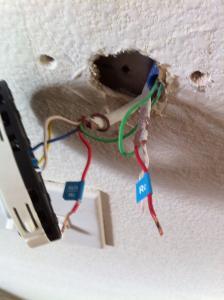 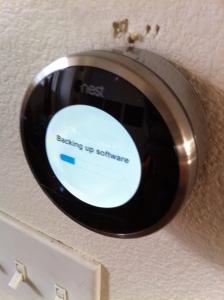 So obviously with Steve Job’s passing Death has been talked about a lot lately. Of course having such a visionary pass away is a huge loss. But closer to home our downstairs neighbor at Uncubed, Jim recently passed away.

I got back from my trip to LA and found out. I didn’t know Jim all that much, he ran the motorcycle museum below us, mostly opened on the weekends. He’d come up and chat once in a while, lend us a tool during the construction before we opened. He was a good guy, who loved motorcycles.

His kids came by shortly after his passing and held a wake in the museum, and since then it’s been closed up.

Last night I left the office and was taking the trash out and walk passed the dark windows of the museum. Now the lights would never be on at night anyway, but walking past I knew that they’d never be on again, at least not for Jims’ museum.

Death is a funny thing. I’ve been fairly blessed  in that my family hasn’t suffered many deaths. At least deaths of people I knew or had met. Great grand parents passed when I was a child. That’s changing of course as grand parents are getting older, but they’re still kicking.

But now other people in my life are passing, and it really does (as Steve said at Stanford) make you think and evaluate.

This is kind of a navel gazing post, but i just wanted to share that it’s weird as life goes on, that deaths start to occur and you really do start thinking about life, goals, that kind of shit.

I almost wrote this up and deleted it, but meh, I figured I’d post it just to put it out there, so that next year I can come look at it.

Want to see me live and in-person? I'm very personable and some say … END_OF_DOCUMENT_TOKEN_TO_BE_REPLACED