I am a Creator

(Or, “The networks are forcing me to steal their content.”)

I’ve railed about this before, but wanted to bring it back to the top. It’s simple, I have money, and I want to spend it. BUT I want to spend it on what I want, not a bundle of shit with a few nuggets of goodness in it. That means I don’t want ESPN, I don’t want MTV or Nicktoons and I certainly don’t want Lifetime, but I do want HBO, USA, the main networks, FX, etc. I’d pay per network or per show. But I’m not against paying people who make content for that content. I’m also not against suffering through ads in exchange for it (within reason)

I’ve been paying for Hulu+ since it went live. Many networks were onboard and I want to pay them for their content….  Except… The only way Hulu is usable is if you use the desktop app, because of licensing bullshit, the mobile apps can’t show certain shows, some are web only, etc. The desktop client skirted that shit and we could watch whatever we wanted, whenever we wanted, on our TV via a Macbook running the desktop app.

Too bad Hulu’s desktop app is a red-headed step child and hasn’t been updated in years. Not only is it not updated, but now it’s so old that if you update your Flash player, the app breaks. So you have to choose, new flash or hulu.

Ok fine, the PS3 has a hulu client and is HD with surround vs. our Macbook that is simply stereo. Except… The PS3 client is hamstrung with all those stupid licensing rules. Some ABC shows are ‘web only’ All USA and Sci Fi shows are too. So now I’m paying for shows I basically can’t watch. Why can I watch Castle on the  PS3, but not (it’s for my wife) The Bachelor?

So what’s the solution? Torrents. I was already torrenting CBS programming because they won’t be a part of Hulu and have even said they believe “cord cutting” is a fad that will pass and are willing to wait it out rather than offer streaming options.

The downside of torrenting TV programming is that the network doesn’t know I’m watching. The advertising don’t get my attention, and the net effect can be canceled shows, etc. It’s a trade off, be treated like shit, or risk not being counted as a viewer. I choose to not be treated like I don’t matter.

All that said, Dear CBS, ABC, Fox, HBO and the rest. Figure it out, it’s 2012. We don’t fax things anymore, we don’t gather round to watch TV when it airs, and we don’t want to pay for things we don’t want. Adjusting is up to you, not us the consumers. We’ve moved into the 21st century, and we’re waiting for you to join us.

My friend Dave (@courier_new) asked some questions clarifying my position, so I thought I’d write my thoughts up (not new here, check the eBooks category) in a bit more than 140 chars.

Publishers are fighting companies like Amazon on eBook pricing. Many have won with agency pricing. Agency pricing lets the publisher set the price and more often than not you see this.

END_OF_DOCUMENT_TOKEN_TO_BE_REPLACED

My friend Mike Lee was in town for 360|MacDev and we had a chance to chat a few times. We also chatted a lot when I was in Amsterdam, that’ll happen when you’re sleeping on someone’s couch :D

He’s been around the block; helped found companies, worked for Apple, and most recently starting an international movement called Appsterdam. He’s spoken at more events than I can count, thankfully that includes my events. Of all the speakers I’ve worked with, Mike raises the bar. He preps like no one’s business, and puts his heart and soul into the presentation. And he doesn’t repeat and recycle his talks. Each is a unique work that he puts a lot of energy into.

END_OF_DOCUMENT_TOKEN_TO_BE_REPLACED

This will be a short one as it just popped in to my head as I emailed my friend Tim. He sent me a reading list for some Green Lantern comics because i mentioned I was reading some. The Comic reader i use on my Kindle Fire (awesome comic reader, BTW) posts to Facebook when I finish an issue.

END_OF_DOCUMENT_TOKEN_TO_BE_REPLACED

This morning I’ve been writing thank-you cards. One of the best business purchases I’ve ever made (Thanks Nicole!!) was a whole buttload of blank 360|Conferences thank you cards.

Not only do we mail them after each conference to speakers and sponsors, but we use them through out the year. Right now I’m writing thank you’s for 360|MacDev speakers for a nice surprise I have for them. I’m also writing “I’m Sorry” cards for some mistakes in billing from 360|iDev to certain speakers. I’ve also sent them out when special thanks is required and an email just isn’t the right mode. I’m not some “paper is dying, we have to save it!” luddite, but there is something meaningful in the process of writing someone a note on paper and mailing it.

END_OF_DOCUMENT_TOKEN_TO_BE_REPLACED 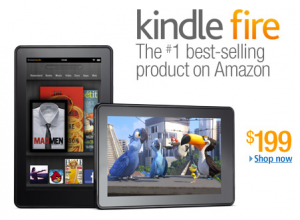 I’ve been a Kindle owner since the K2 came out, and I paid almost $400 for it. I dropped it one morning and busted the screen, and bought a K3 for 1/3 the price of my K2, and I love it. It’s light, easy to use and great at the one thing it does, display words on a readable screen. END_OF_DOCUMENT_TOKEN_TO_BE_REPLACED

Want to see me live and in person? I'm very personable and some say … END_OF_DOCUMENT_TOKEN_TO_BE_REPLACED