Yesterday, April 13th was my last day at EUI.

It wasn’t a bad break up at all, or anything like that. Anthony and I had several conversations about my role at the company and how best I fit with the company’s needs and goals.

Well for a limited window of time I’m putting all my effort into 360|Conferences. Tom and I alternate on who has the bandwidth and time to put a full time effort into the conferences, it’s my turn again.

I’m also working on the next Ignite Denver, so that’s a pleasant distraction, but pretty much, for as long as I can, I’m back to being totally dedicated to 360|Conferences, Corp.

Well I dunno. If I can’t get 360|Conferences to a FT gig level in short order I’ll be looking for companies that want help organizing kick ass community driven events, and interacting with their communities. I’ll be looking to consult, share what I know, etc. Got a question, project, etc? Reach out, I’ll see what I can do to help :)

ok well actually I didn’t as I didn’t even have Flex builder open. I did however act as host for a few other folks to get together at the EUI office to help Adobe Quash Bugs.

This past weekend, a few folks who’d never met got together at the EUI office for some good ol’ fashioned nerd fun. Adobe Seattle held a bug quash, and allowed developers all over the world to help out.

I freely admit I’m not a bug quash level developer, but I am good at hanging out with people I don’t know and (i hope) creating a fun non-sucky environment.

We actually did cause two bugs to be closed, though not through actual code writing. But hey, there’s two less bugs in the bug base because of the efforts of the Denver Bug Quash crew, and me (I mean I bought the pizza and soda)

over all it was fun. I hope Adobe does more of these events. It’s funny to me to see events now from the frame of mind of someone who does events, cuz the bug quash was an example of barely controlled chaos most of the first 3-4 hours. That should be smoother by bug quash 2, assuming there is one, but still, its funny to see non event people do events.

I’ve loaded all the session titles and descriptions into User Voice (They’re awesome!). Go and take a look, do it now or over the weekend, but take a look. There’s 124 submissions, and early next week Tom and I are going to select the schedule.

I want the communities input and guidence. The only groundrule is to remember that just cuz something get’s 9003 votes, doesn’t mean it’s in. I’m the final decider, and Tom and I will be pooling our thoughts on this, but you’ll be involved in my half, LOL.

user Voice gives every visitor 10 votes. So go through them, pick the 10 you most would like to see in Indianapolis. It’s that simple!

I’m hopeful I get a ton of feedback, and can make a more informed decision. This whole process is an experiment for us, but my hope is to eventually have the community guide Tom and I in the selection, after all, you know what you want to pay to see. 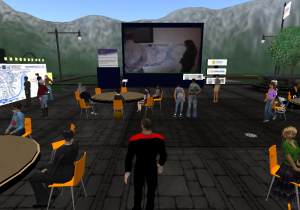 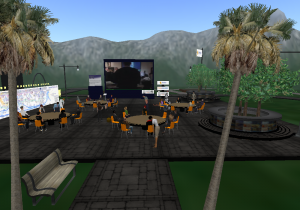 So last night I saw a very powerful example of not doing business like it’s 1980.

I remember as a kid, and even as a young adult, saying, “Wow, I had no idea a Wal-Mart/Starbucks/McDonalds/You name it, was going in there.”

Those days are no more. The internet has changed that, forever. Builders and land barons can no longer simply build something and slap a sign on it, and move on, not caring whether the community approved or not. It was easy, once built it’s hard for the community to stop something that’s already built.

Last night, hopefully taught Focus development that very lesson. They’ve signed a lease with 7-11 to put up a store at Broadway and Larimer, where the old auto repair shop building is. They did this without ever mentioning it to the Ballpark Neighborhood (where I live). Normally that’d be fine, I’m all for business, especially business coming to my neighborhood.

Unfortunately my neighborhood is a bit teetery. We’ve got 2 homeless shelters a block apart, and about 1.5 blocks from the proposed location of the 7-11. The concern isn’t just bringing the homeless further into our neighborhood; they’re already here, lots of them near my house. It’s the crime, the traffic, the impact on the residents of the lofts immediately next to the 7-11. It’s a lot of things, that Focus Development seems to have chosen to ignore.

The alleyway behind the lofts, apparently is frequented (nightly from the sounds of it) by homeless, drug dealers and takers, and apparently prostitutes. Currently a call to police allows the police to take the offenders, or at least drive them away. However with the 7-11 there, the offenders simply have to say they’re on their way inside or have just left, keeping the police from making that area safer.

So where did Focus go wrong? They never told the community, the community that is directly impacted by this 7-11. They seemed to have thought that they could simply set up this 7-11 regardless of the community’s opinions. Sure that’s how business would like it to be, but that’s simply not the case. Not these days. Business owners and residents alike all vowed to do whatever they could to stop the 7-11, and even more so, every future endeavor Focus Development undertakes in the Ballpark Neighborhood. That can’t be good. And How did this all go wrong for Focus? The Internet. Skabber twittered a blog link, that was an Email from someone else. I twittered the event, and blogged it. Word spread fast. In the ‘old days’ word didn’t spread, fast or if at all. Business should keep that in mind. I suspect there won’t be a 7-11 at Broadway and Larimer, just a hunch, but I’m guessing it’s not gonna happen.

Side note. the only two people “for” the 7-11, 1 that lives in Cherry Creek where the 7-11 there is completely nice and there’s no problems. DUH. And the President of our Association (will have to see how long that tenure is) who lives in Congress Park.

Want to see me live and in person? I'm very personable and some say … END_OF_DOCUMENT_TOKEN_TO_BE_REPLACED